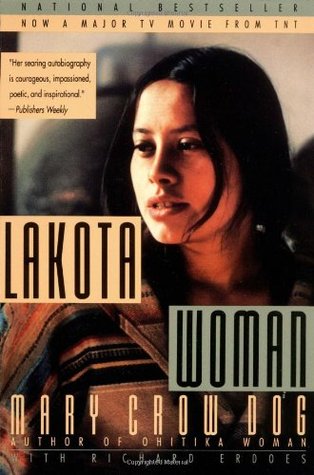 Born Mary Ellen Moore-Richard in 1954 on the Rosebud Indian Reservation, South Dakota, she was a member of the Sicangu Oyate, also known as the Burnt Thighs Nation or Brul Band of Lakota. She was raised primarily by her grandparents while her mother studied in nursing school and was working.

Her books describe the conditions of the Lakota Indian and her experience growing up on the Rosebud Indian Reservation in South Dakota, as well as conditions in the neighboring Pine Ridge Indian Reservation under the leadership of tribal chairman Richard Wilson. She also covers aspects of the role of the FBI, the U.S. Bureau of Indian Affairs and the treatment of the Native Americans and their children in the mid-1900s. Her work focuses on themes of gender, identity, and race