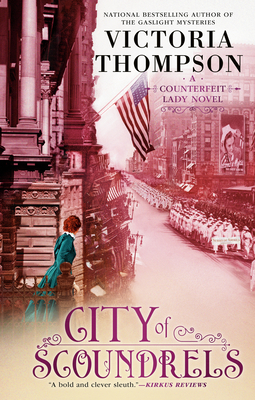 Victoria Thompson is the USA Today bestselling author of the Edgar and Agatha nominated Gaslight Mystery series and the Sue Grafton Memorial Award nominated Counterfeit Lady Series. She was nominated for an Edgar Award from Mystery Writers of America in 2001, and in 2012 she received a Career Achievement Award in Mystery Writing from RT Magazine. Six of her Gaslight Mysteries were nominated for an Agatha Award. She also contributed to the award winning writing textbook MANY GENRES/ONE CRAFT and authored a short story for the anthology, SHERLOCK HOLMES IN AMERICA. In her previous life, Victoria Thompson was the bestselling author of twenty historical romances. She earned her Master of Fine Arts degree in Writing Popular Fiction from Seton Hill University in 2012, where she has been a mentor and lecturer for 20 years.

"I became enchanted by New York City, and Greenwich Village in particular, while one of my daughters attended NYU's Tisch School of the Arts. After reading many books about the village, and spending many pleasant hours dining, shopping, and just wandering the streets, I was permanently hooked!"