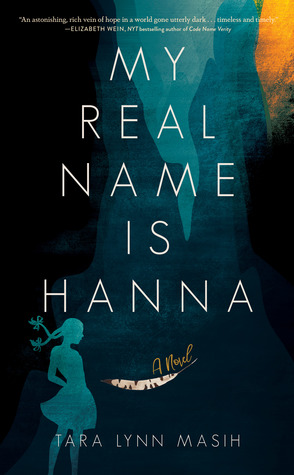 To ask other readers questions about My Real Name Is Hanna, please sign up.

My Real Name Is Hanna, Tara's bestselling debut novel for young readers and adults set in WW II Ukraine, was a finalist in the National Jewish Book Awards and received the Julia Ward Howe Award for Young Readers, a Florida Book Award (YA, Gold), a Skipping Stones Honor Award, a Foreword Book of the Year Award (Historical, Gold), and it appeared on Shelf Unbound's 2019 Notable List, Goodreads' 2018 Ultimate Fall YA Reading List, and their Best of the Month Sept. YA list. Hanna was released in Slovakia and is forthcoming in Poland. Tara's working on a new WWII novel, and a collaborative flash novelette, THE BITTER KIND, is due out from Cervena Barva in Oct. 2020.

AITL Media selected Tara for an Inspirational Woman in Literature Award. She is also editor of the acclaimed Rose Metal Press Field Guide to Writing Flash Fiction and The Chalk Circle: Intercultural Prizewinning Essays, and is author of Where the Dog Star Never Glows: Stories (Press 53). She founded The Best Small Fictions series.

Tara received an MA in Writing and Publishing from Emerson College, has been widely anthologized, and her essays have been read on NPR and translated into dance.

Tara was the assistant editor for STORIES literary magazine, and a regular contributor to The Indian-American and Masala magazines. She divides her time between Andover, MA, and St. Augustine, FL.