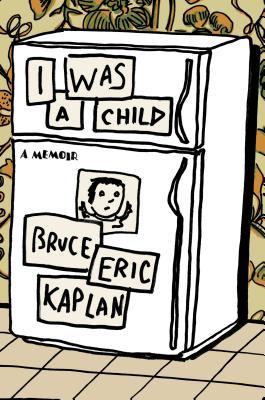 Here is the first non-fiction book by Bruce Eric Kaplan. It is a book wholly unique in form and feeling. This memoir is both full of wonder and anxiety, and is altogether side-splitting and heart-breaking. Above all, it captures what it was like for Bruce Eric Kaplan, and perhaps some of you, to be a child....

Bruce Eric Kaplan, known as BEK, is an American cartoonist whose single-panel cartoons frequently appear in The New Yorker. His cartoons are known for their signature simplistic style and often dark humor. Kaplan is also a screenwriter and has worked on Six Feet Under and on Seinfeld (funnily enough, one of his most well-known episodes is one where Elaine becomes increasingly frustrated over what she takes to be an utterly nonsensical cartoon in The New Yorker). He graduated from Wesleyan University where he studied with Professor Jeanine Basinger.

He has authored and illustrated six adult titles for Simon & Schuster: the cult classic The Cat That Changed My Life; the collections, I Love You, I Hate You, I'm Hungry, No One You Know and This is a Bad Time; and Every Person on the Planet and Edmund and Rosemary Go to Hell, both featuring the wonderfully neurotic Brooklyn couple, Edmund & Rosemary. He lives in Los Angeles with his wife and two children.