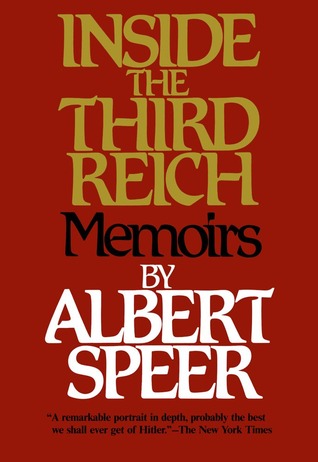 Albert Speer, born Berthold Konrad Hermann Albert Speer, was a German architect who was, for a part of World War II, Minister of Armaments and War Production for the Third Reich. Speer was Adolf Hitler's chief architect before assuming ministerial office. As "the Nazi who said sorry", he accepted responsibility at the Nuremberg trials and in his memoirs for crimes of the Nazi regime. His level of involvement in the persecution of the Jews and his level of knowledge of the Holocaust remain matters of dispute.