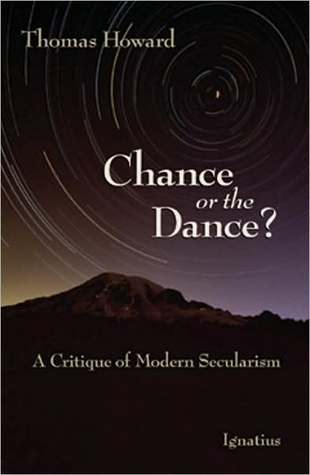 Contrasting the Christian and secular worldviews, Howard refreshes our minds with the illuminated view of Christianity as it imbued the world in times past?showing that we cannot live meaningful lives without this Christian understanding of things. An inspiring apology for Christianity, and a stirring critique of secularism....

Thomas Howard (b. 1935) is a highly acclaimed writer and scholar.

He was raised in a prominent Evangelical home (his sister is well-known author and former missionary Elisabeth Elliot), became Episcopalian in his mid-twenties, then entered the Catholic Church in 1985, at the age of fifty. At the time, his conversion shocked many in evangelical circles, and was the subject of a feature article in the leading evangelical periodical Christianity Today.

Dave Armstrong writes of Howard: "He cites the influence of great Catholic writers such as Newman, Knox, Chesterton, Guardini, Ratzinger, Karl Adam, Louis Bouyer, and St. Augustine on his final decision. Howard's always stylistically-excellent prose is especially noteworthy for its emphasis on the sacramental, incarnational and transcendent aspects of Christianity."

Like C.S. Lewis, who he greatly admires and has written about often, Howard is an English professor (recently retired, after nearly forty years of teaching), who taught at Gordon College and then at St. John's Seminary. He is a highly acclaimed writer and scholar, noted for his studies of Inklings C.S. Lewis Narnia Beyond: A Guide to the Fiction of C.S. Lewis (2006, 1987) and Charles Williams The Novels of Charles Williams (1991), as well as books including Christ the Tiger (1967), Chance or the Dance (1969), Hallowed be This House (1976), Evangelical is Not Enough (1984), If Your Mind Wanders at Mass (1995), On Being Catholic (1997), and The Secret of New York Revealed.