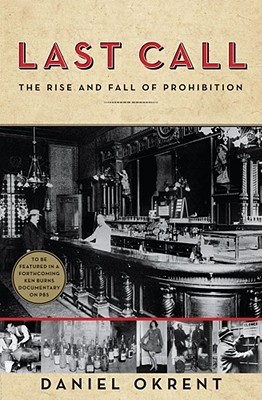 Daniel Okrent's 40-year career has encompassed nearly every form of mass media. In book publishing, he was an editor at Knopf, Viking, and Harcourt. In magazines, he founded the award-winning New England Monthly and was chief editor of the monthly Life. In newspapers, he was the first public editor of the New York Times. On television, he has appeared as an expert commentator on many network shows, and talked more than any other talking head in Ken Burns's Baseball. In film, he was featured in the documentaries Wordplay and Silly Little Game, appeared in a speaking role in Woody Allen's Sweet and Lowdown, and had what he calls "a mumbling role" in Lasse Hallstrom's The Hoax. Online, he headed Time Inc.'s internet efforts in the late 1990's, and has recently given in to the dubious charms of Facebook.

But all that, he says, was either preparation for (or distraction from) what he most wanted to do: write books. Beginning with Nine Innings in 1985, and proceeding through the 2010 publication of Last Call, Okrent has been (wrote novelist Kevin Baker in Publishers Weekly) "one of our most interesting and eclectic writers of nonfiction over the past 25 years." In addition to the books featured on this site, he was also co-author with Steve Wulf of Baseball Anecdotes (Oxford University Press, 1987), and author of The Way We Were: New England Then, New England Now (Grove Weidenfeld, 1989), currently out-of-print.