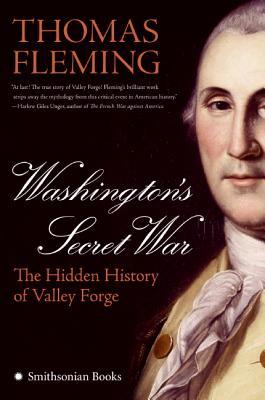 Librarian note:
There is more than one author in the GoodReads database with this name

Thomas James Fleming was an historian and historical novelist, with a special interest in the American Revolution. He was born in 1927 in Jersey City, New Jersey, the son of a World War I hero who was a leader in Jersey City politics for three decades. Before her marriage, his mother, Katherine Dolan Fleming, was a teacher in the Jersey City Public School System.

After graduating from St. Peter's Preparatory School in Jersey City, Fleming spent a year in the United States Navy. He received a Bachelor's degree, with honors, from Fordham University in 1950. After brief stints as a newspaperman and magazine editor, he became a full-time writer in 1960. His first history book, Now We Are Enemies, an account of the Battle of Bunker Hill, was published that same year. It was an instant success, reviewed in more than 75 newspapers and featured as a main selection of the Literary Guild.

Since then, Fleming has published numerous books about events and figures of the Revolutionary era. He has also written about other periods of American history, and has published more than twenty novels, including several best-sellers, set against various historical backgrounds.

His wife Alice is a distinguished writer of books for young people. The couple has four children and seven grandchildren.