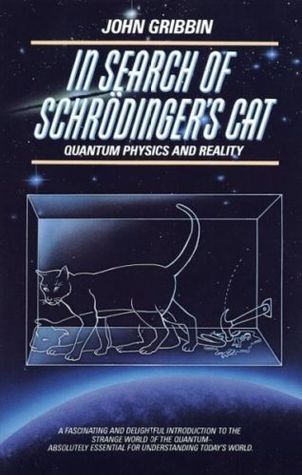 John R. Gribbin is a British science writer, an astrophysicist, and a visiting fellow in astronomy at the University of Sussex. The topical range of his prolific writings includes quantum physics, biographies of famous scientists, human evolution, the origins of the universe, climate change and global warming. His also writes science fiction.

In 1968, Gribbin worked as one of Fred Hoyle's research students at the Institute of Theoretical Astronomy, and wrote a number of stories for New Scientist about the Institute's research and what were eventually discovered to be pulsars.

In 1974, Gribbin published, along with Stephen Plagemann, a book titled The Jupiter Effect, that predicted that the alignment of the planets in quadrant on one side of the Sun on March 10, 1982 would cause gravitational effects that would trigger earthquakes in the San Andreas fault, possibly wiping out Los Angeles and its suburbs. Gribbin repudiated The Jupiter Effect in the July 17, 1980, issue of New Scientist magazine in which he stated that he had been "too clever by half".

In 1984, Gribbin published In Search of Schrodinger's Cat: Quantum Physics and Reality, the book that he is best known for, which continues to sell well 28 years after publication. It has been described as among the best of the first wave of physics popularisations preceding Stephen Hawking's multi-million-selling A Brief History of Time. Gribbin's book has been cited as an example of how to revive an interest in the study of mathematics.

In 2006, Gribbin took part in a BBC radio 4 broadcast as an "expert witness". Presenter Matthew Parris discussed with Professor Kathy Sykes and Gribbin whether Einstein "really was a 'crazy genius' ".

At the 2009 World Conference of Science Journalists, the Association of British Science Writers presented Gribbin with their Lifetime Achievement award.