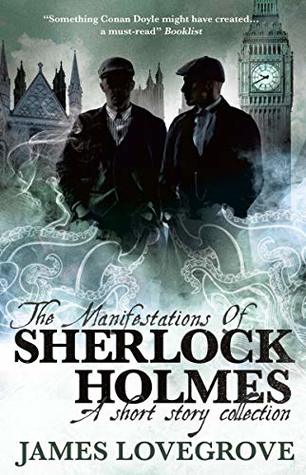 James Lovegrove is the author of several acclaimed novels and books for children.

James was born on Christmas Eve 1965 and, having dabbled in writing at school, first took to it seriously while at university. A short story of his won a college competition. The prize was 15, and it had cost 18 to get the story professionally typed. This taught him a hard but necessary lesson in the harsh economic realities of a literary career.

Straight after graduating from Oxford with a degree in English Literature, James set himself the goal of getting a novel written and sold within two years. In the event, it took two months. The Hope was completed in six weeks and accepted by Macmillan a fortnight later. The seed for the idea for the novel a world in microcosm on an ocean liner was planted during a cross-Channel ferry journey.

James blew his modest advance for The Hope on a round-the-world trip which took him to, among other places, Thailand. His experiences there, particularly what he witnessed of the sex industry in Bangkok, provided much of the inspiration for The Foreigners.

Escardy Gap was co-written with Pete Crowther over a period of a year and a half, the two authors playing a game of creative tag, each completing a section in turn and leaving the other to carry the story on. The result has proved a cult favourite, and was voted by readers of SFX one of the top fifty SF/Fantasy novels of all time.

Days, a satire on consumerism, was shortlisted for the 1998 Arthur C. Clarke Award (losing to Mary Doria Russells The Sparrow). The books genesis most probably lies in the many visits James used to make as a child to the Oxford Street department store owned by his grandfather. It was written over a period of nine months while James was living in the north-west suburbs of Chicago.

Subsequent works have all been published to great acclaim. These include Untied Kingdom, Worldstorm, Provender Gleed, The Age Of Ra and the back-to-back double-novella Gig. James has also written for children. Wings, a short novel for reluctant readers, was short-listed for several awards, while his fantasy series for teens, The Clouded World, written under the pseudonym Jay Amory, has been translated into 7 other languages so far. A five-book series for reluctant readers, The 5 Lords Of Pain, is appearing at two-monthly intervals throughout 2010.

Currently James resides in Eastbourne on the Sussex Coast, having moved there in August 2007 with his wife Lou, sons Monty and Theo, and cat Ozzy. He has a terrific view of the sea from his study window, which he doesnt sit staring out at all day when he should be working. Honest.