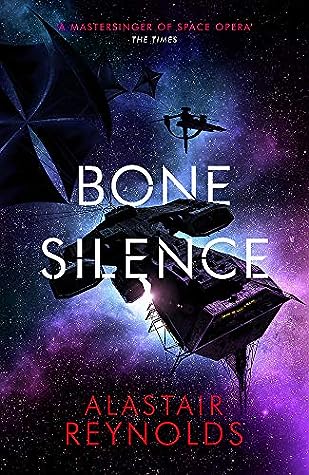 I'm Al, now a Goodreads author. I used to be a space scientist, and now I'm a writer, although for a time the two careers ran in parallel. I started off publishing short stories in the British SF magazine Interzone in the early 90s, then eventually branched into novels. I write about a novel a year and try to write a few short stories as well. Some of my books and stories are set in a consistent future named after Revelation Space, the first novel, but I've done a lot of other things as well and I like to keep things fresh between books.

I was born in Wales, but raised in Cornwall, and then spent time in the north of England and Scotland. I moved to the Netherlands to continue my science career and stayed there for a very long time, before eventually returning to Wales.

In my spare time I am a very keen runner, and I also enjoying hill-walking, birdwatching, horse-riding, guitar and model-making. I also dabble with paints now and then. I met my wife in the Netherlands through a mutual interest in climbing and we married back in Wales. We live surrounded by hills, woods and wildlife, and not too much excitement.