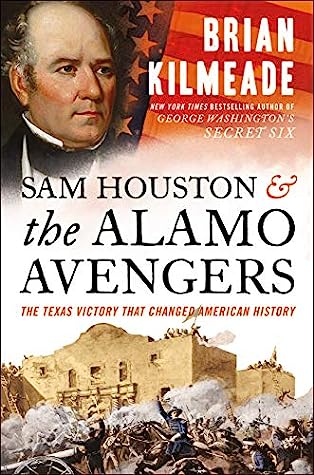 As cohost of FOX & Friends, the number one rated morning program on cable television for the past nine years, Brian Kilmeade shares his unique perspective on the daily news. He has interviewed the biggest names in politics, sports and entertainment, often securing exclusive content.

Kilmeade played a large part in FOX s coverage of September 11th, as well as coverage including reporting from war zones in the middle east and over a dozen military bases from coast to coast. In addition, he has contributed live coverage of both the Democratic and Republican Party Conventions.

Also serving as the networks sports anchor, Kilmeade has reported on or provided live coverage of every major American sport over the last twenty years.

Currently, he is the host of the nationally syndicated radio talk show on FOX News Radio, Kilmeade & Friends. The show is heard on 80 stations, as well as XM and Sirius Satellite Radio.

Kilmeades first book, The Games Do Count: Americas Best & Brightest On The Power Of Sports (2004), was The New York Times best-seller and presents more than seventy stories straight from Americas top leaders and those who were closest to them. Kilmeade reveals this simple and compelling truth: Americas best and brightest havent just worked hardtheyve played hard, too.

His companion volume, Its How You Play the Game: The Powerful Sports Moments That Taught Lasting Values to Americas Finest (2007), reveals personal stories of the defining sports moments in the lives of athletes, CEOs, actors, politicians, and historical figuresand how what they learned on the field prepared them to handle life and overcome adversity with courage, dignity, and sportsmanship. Sports Illustrated said of it, This book taught me more about some of my favorite leaders than any profile of them I had ever read.

A graduate of Long Island University, Kilmeade began his career as a correspondent on Channel One, a daily national high school television news program. He then served as an anchor and host for KHSC-TV in Ontario, California. Brian also hosted sports talk radio for top rated XTRA-AM 690 whose duties included co-hosting The Jim Brown Show.

Prior to joining FOX News Channel, Kilmeade served as a freelance sports anchor for NBC in Hartford, as well as a sideline reporter for the MSG Network, where he covered the New York/New Jersey Metro-Stars, a major league soccer team based in Giants Stadium. He worked as a feature reporter and anchor for Newsport TV, where he hosted Newsport Journal, a daily magazine show for the national sports network. He also anchored Scoreboard Central, a live half-hour general sports program.

In addition to his career in journalism, Kilmeade has 10 years of experience as a stand-up comedian. He lives in Massapequa with his family, where he still coaches soccer.