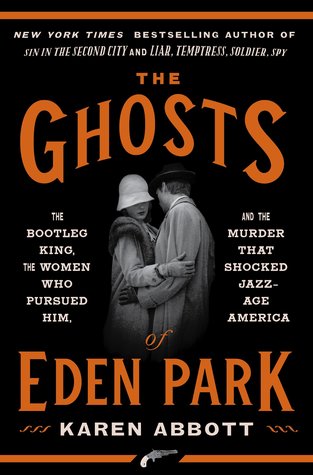 Karen Abbott is the New York Times bestselling author of Sin in the Second City: Madams, Ministers, Playboys, and the Battle for America's Soul, American Rose: A Nation Laid Bare: The Life and Times of Gypsy Rose Lee, Liar, Temptress, Soldier, Spy: Four Women Undercover in the Civil War, and, most recently, The Ghosts of Eden Park: The Bootleg King, the Women Who Pursued Him, and the Murder That Shocked Jazz- Age America, named an Amazon best book of the month for August 2019. She has written for newyorker.com, the Wall Street Journal, the Washington Post, Smithsonian Magazine, Salon and other publications.