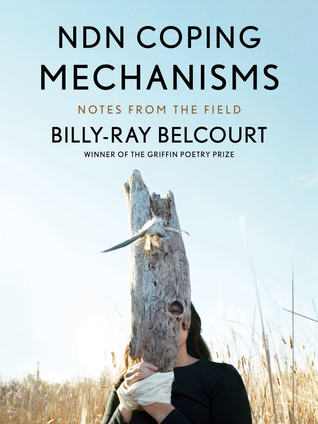 Billy-Ray Belcourt is a writer and academic from the Driftpile Cree Nation. He is a Ph.D. candidate and 2018 Pierre Elliott Trudeau Foundation Scholar in the Department of English & Film Studies at the University of Alberta; he is at work on a creative-theoretical project called "The Conspiracy of NDN Joy." He is also a 2016 Rhodes Scholar and holds an M.St. in Women's Studies from the University of Oxford and Wadham College. In the First Nations Youth category, Belcourt was awarded a 2019 Indspire Award, which is the highest honor the Indigenous community bestows on its own leaders.

Billy-Rays debut book of poems, This Wound is a World (Frontenac House 2017), won the 2018 Griffin Poetry Prize (making him the youngest winner ever) and the 2018 Robert Kroetsch City of Edmonton Book Prize. It was also named the Most Significant Book of Poetry in English by an Emerging Indigenous Writer at the 2018 Indigenous Voices Awards. This Wound is a World was a finalist for the 2018 Governor Generals Literary Award for Poetry, the 2018 Robert Kroetsch Award for Poetry, the 2018 Gerald Lampert Memorial Award, and the 2018 Raymond Souster Award, both of the latter via the Canadian League of Poets. It was also named by CBC Books as the best Canadian poetry collection of 2017. U.S. (University of Minnesota Press) and French (Groupe Nota Bene) editions of the book are forthcoming in 2019.

In 2018, Billy-Ray was named by CBC Books as one of 14 Canadian poets to watch, one of 18 emerging writers to watch, and a Writer to know. That year, he was also named one of ten young Canadians to watch by the CBC. His sophomore book, NDN Coping Mechanisms: Notes from the Field, is due out in the fall of 2019 with House of Anansi Press. His creative writing is represented by Stephanie Sinclair at Transantlantic Agency.