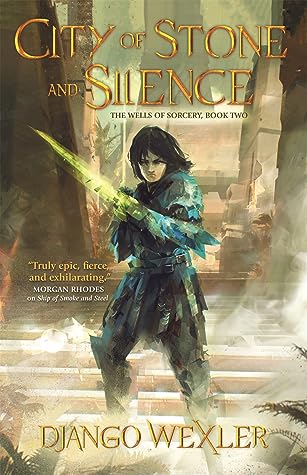 Django Wexler's City of Stone and Silence is the second book in the cinematic fantasy Wells of Sorcery Trilogy featuring a fierce young woman skilled in the art of combat magic on an epic mission to steal a ghost ship......

Django Wexler graduated from Carnegie Mellon University in Pittsburgh with degrees in creative writing and computer science, and worked for the university in artificial intelligence research. Eventually he migrated to Microsoft in Seattle, where he now lives with two cats and a teetering mountain of books. When not planning Shadow Campaigns, he wrangles computers, paints tiny soldiers, and plays games of all sorts.