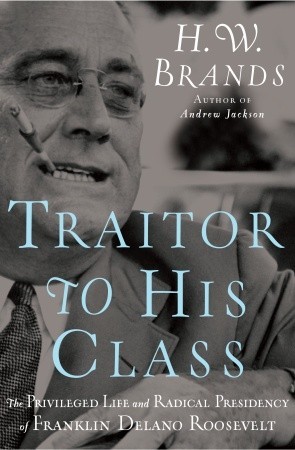 Henry William Brands was born in Portland, Oregon, where he lived until he went to California for college. He attended Stanford University and studied history and mathematics. After graduating he became a traveling salesman, with a territory that spanned the West from the Pacific to Colorado. His wanderlust diminished after several trips across the Great Basin, and he turned to sales of a different sort, namely teaching. For nine years he taught mathematics and history in high school and community college. Meanwhile he resumed his formal education, earning graduate degrees in mathematics and history, concluding with a doctorate in history from the University of Texas at Austin. He worked as an oral historian at the University of Texas Law School for a year, then became a visiting professor of history at Vanderbilt University. In 1987 he joined the history faculty at Texas A&M University, where he taught for seventeen years. In 2005 he returned to the University of Texas, where he is the Dickson Allen Anderson Centennial Professor of History and Professor of Government. He has written twenty-two books, coauthored or edited five others, and published dozens of articles and scores of reviews. His books include Traitor to His Class, The Money Men, Andrew Jackson, The Age of Gold, The First American, TR, The Strange Death of American Liberalism, What America Owes the World, and The Devil We Knew. His articles have appeared in the New York Times, the Wall Street Journal, the Washington Post, the International Herald Tribune, the Boston Globe, the Atlantic Monthly, the Smithsonian, the National Interest, the American Historical Review, the Journal of American History, the Political Science Quarterly, American History, and many other newspapers, magazines and journals. His writings have received critical and popular acclaim. The First American was a finalist for the Pulitzer Prize and the Los Angeles Times Prize, as well as a New York Times bestseller. The Age of Gold was a Washington Post Best Book of 2002 and a San Francisco Chronicle bestseller. Andrew Jackson was a Chicago Tribune Best Book of 2005 and a Washington Post bestseller. What America Owes the World was a finalist for the Lionel Gelber Prize in international affairs. The Wages of Globalism was a Choice Outstanding Academic Book winner. Lone Star Nation won the Deolece Parmelee Award. He is a member of various honorary societies, including the Society of American Historians and the Philosophical Society of Texas. He is a regular guest on national radio and television programs, and is frequently interviewed by the American and foreign press. His writings have been published in several countries and translated into German, French, Russian, Chinese, Japanese, and Korean.