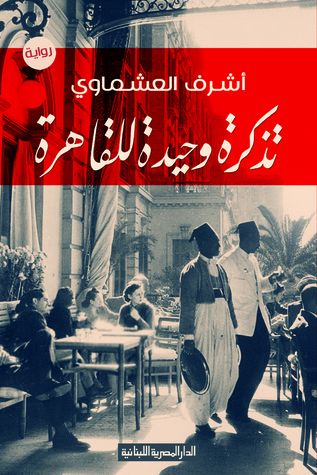 To ask other readers questions about تذكرة وحيدة للقاهرة, please sign up.

Be the first to ask a question about تذكرة وحيدة للقاهرة


Ashraf El-Ashmawi (Arabic: ) is an Egyptian author, judge and legal scholar.1 He worked in the public prosecutor's office for many years and served as a judge in the Egyptian court of appeals. More recently, he has worked as legal advisor to the Supreme Council of Antiquities.2 He has written extensively on crime prevention, including a recent book entitled Legal Thefts: Stories of Thefts of Egyptian Antiquities, Their Smuggling and Attempts to Recover Them. This book called Legitimate Thefts

This book reviews the unknown pages of history of theft, looting and smuggling of the Egyptian antiquities over the last two centuries, which leads to the presence of more than half of Egyptian Antiquities abroad, under legal protection due to the system of "sharing" by foreign missions, displaying discovered antiquities for sale in addition to giving hundreds of rare antiquities to European Kings.


The book consists of four chapters, dealing with the first emergence of the legal system in Egypt for the protection of monuments, from the first decree in 1835 which regulates the dealing with the monuments, during the reign of Muhammad Ali Pasha, the founder of modern Egypt, as well as establishing the first Museum of Antiquities, under the supervision of Sheikh El-tahtawi, who succeeded in making a decision to prevent smuggling and trafficking Egyptian antiquities.

The author points out that, foreign consuls in Egypt sent Egyptian antiquities to Europe before 1835 without any legal ways or laws. Foreign missions required many privileges from Muhammad Ali Pasha, and his sons thereafter, when drilling and exploration, notably sharing the discovered monuments.

El-Ashmawi contributes regularly to newspapers and websites, touching on social and political issues as well as more specialized subjects such as the history of Egyptian antiquities. He has written 3 novels, The Time of the Hyenas and INFORMANT AND TOYA. The latter was longlisted for the 2013 Arabic Booker Prize