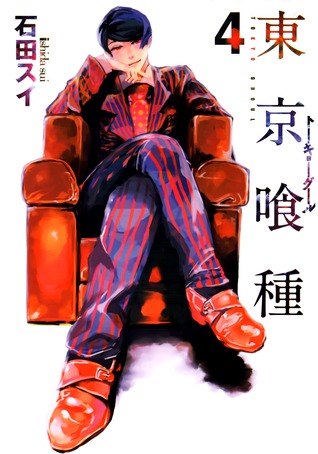 Sui Ishida (, Ishida Sui), born December 28, Fukuoka Prefecture, Japan, is a Japanese manga artist
In 2010 he won the Young Jump 113th Grand Prix award with Tokyo Ghoul (, Tky Kushu). In March 2011, the same oneshot was published in the 2nd Issue of Miracle Jump. And later in September 2011, Tokyo Ghoul started as a series in Weekly Young Jump 2011-41 Issue. In December 2011, he made another oneshot about Rize that was published in December 2011 in Miracle Jump 6th Issue, which was later collected in the 6th volume of Tokyo Ghoul.
In 2013, he also started Tokyo Ghoul: Jack in the digital magazine Jump LIVE.

Sui Ishida is his penname; nobody knows his real name or what he looks like.