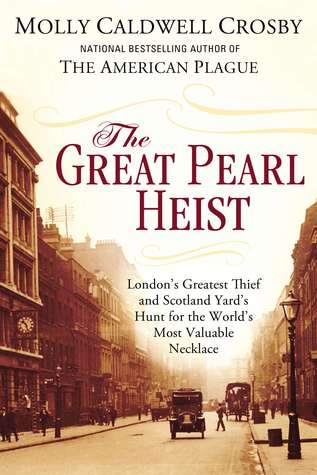 Molly Crosby is a best-selling author and journalist. Her first book The American Plague: The Untold Story of Yellow Fever, the Epidemic That Shaped Our History was published in November 2006 by Berkley Books, an imprint of Penguin, USA. The New York Times hailed it as a first-rate medical detective drama, and Newsweek called it gripping. The book has been nominated for the Barnes & Noble Discover Great New Writers Award, Borders Original Voices Award and Southern Independent Booksellers Award. It was also chosen as a New York Times Editors pick and a Book Sense pick.

Crosby's second book, Asleep: The Forgotten Epidemic that Remains One of Medicines Greatest Mysteries, was released March 2010. Oliver Sacks, author of Awakenings, called it a "brilliant and deeply moving account." Publishers Weekly wrote, "Here's medical curiosity combining history, mystery, and riveting storytelling...The remarkable human connection Crosby brings to this scientific oddity helps enlighten readers about a pandemic forgotten in the shadow of the contemporaneous Spanish flu...." Asleep was an April pick for Scientific American magazine and a May pick for Discover magazine.

Her third book, THE GREAT PEARL HEIST, has been chosen for the Indie Next List for December 2012 and as one of Barnes and Nobles Best Books of the Month. B&N called it, "one of the most engrossing true crime tales of all time." Booklist (starred review) described it as "thriller-style" and "compelling popular history." And Publishers Weekly called it a "winning true crime drama," adding, the author highlights the case's major influence on British crime detection...adding a dash of color and realism to a largely forgotten chapter of Edwardian London."

Crosby holds a Master of Arts degree in nonfiction and science writing from Johns Hopkins University's Zanvyl Krieger School of Arts and Sciences and spent several years working for National Geographic magazine in Washington, DC. Her writing has appeared in Newsweek, Health, and USA Today, among others. She has participated in interviews with NPR's "Morning Edition," The Diane Rehm Show, C-SPAN Book TV, John Seigenthaler's "A Word on Words" and Bloomberg Radio. Crosby has also served as a visiting professor in creative nonfiction in the Master of Fine Arts program at the University of Memphis, as well as giving talks around the country about her books.

Crosby lives in Memphis with her husband and two daughters.